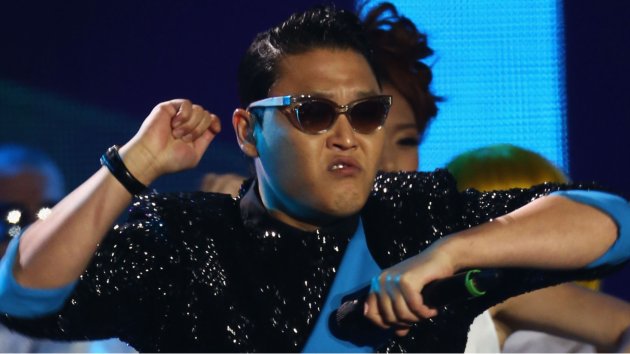 Just How much is PSY Making from Gangnam Style? I Break it Down For You.

Everyone Is wondering the same thing…Jut how much is PSY really making from Gangnam Style? The short answer – DUDE IS BANKING!!

Let’s see exactly what that means.

Here is how the money is stacking up from his 880 million Youtube views. No, he doesn’t get an award for beating Justin Bieber’s baby video, but he does get “broke off”. If you notice, there are ads that run at the bottom of nearly every Youtube video you see these days. These ads are generating money for PSY. With the 880 Million Youtube views of his video and another 420 Million of concert footage he has earned an estimated $870,000.

He also earns money from videos that use his song. Google, who owns Youtube has software that can detect if Gangnam Style is being used in anyone else’s Video Clip. The artist then has a choice, they can either let the video stay and share money with Youtube or they can have the video removed. Currently there are more than 33,000 videos on Youtube using Gangnam style! As you can see, PSY has made the decision to let them play and keep banking. A big chunk of money is from iTunes! Gangnam Style can be purchased on iTunes for $1.29. Apple gets roughly 30%. With their cut taken out, PSY is said to be due at least $2.6 million from Apple alone.

TV & ADVERTISING
PSY is currently the biggest thing poppin’ right now, or at least last week he was. He’s been on shows like “The X Factor Australia” and NBC’s “The Today Show” but guess what?? They don’t pay anything. They cover travel costs and not much else. They figure the publicity of being on their show is payment enough. In PSY’s case as we see with the downloads and the You tube views that is indeed the case.
PSY, however has raked it in with commercials. Although not so much in the States, PSY has done commercials in South Korea for Samsung and LG. His commercial earnings have been estimated at $4.6 million this year. You can see him representing anything from refrigerators to noodles.
PSY’S CONSERVATIVE ESTIMATE ON TV & Adverting = $4.6 Million

When you add it all up, his 1 song has made him conservatively $8.1 Million dollars which he splits with his management team. Not bad, not bad at all. Now excuse me while I work on my next hit. It can’t be that hard can it?

(source of some data)