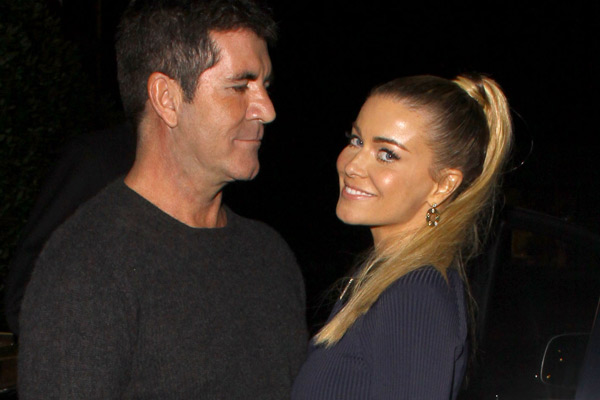 There’s been a lot of buzzing, but nothing confirmed…until now.  Cowell confirmed live on Ryan Seacrest’s show, “On Air with Ryan Seacrest” that he was indeed dating Carmen Electra.  However, he was quick to add,

The fling, (because that’s what it is), started back when Carmen was a judge on “Britain’s Got Talent”.  During an interview with Access Hollywood Live, Electra gave her side of the relationship,

“The thing is, we worked together on ‘Britain’s Got Talent.’ I was a guest judge and I had so much fun. I really liked him. I think he’s really cool.”

Now, obviously, he’s in [Los Angeles] with X Factor and we started to hang out and we became friends … I think he’s a great guy.’

The rumors between the two go as far back as September when they were spotted holding hands at the LA restaurant Cecconi’s.

Carmen Electra was married to Dennis Rodman and Dave  Navarro so ultra good looking as never been her thing.  Although Cowell looks every bit his age at 56, Electra is stunning at age 40. However, I bet Cowell looks really good naked……standing next to his bank statement.  Simon Cowell is worth $320 Million!!