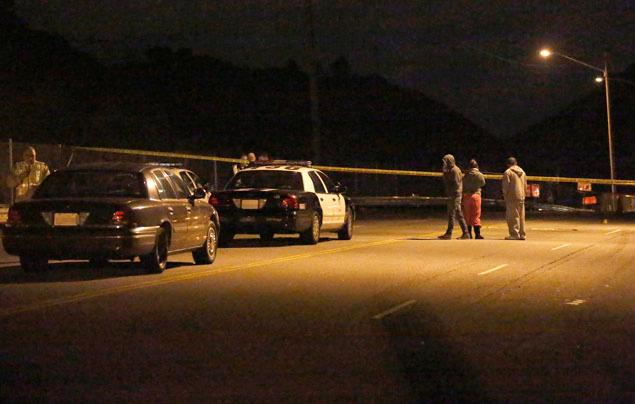 Not a good way to start out the year.  A photog (aka a gossip photographer) was struck by a car and killed going after a Justin Bieber photo.  The photographer was hit by a car after taking photos of Bieber’s white Ferrari just before 6 P.M.  The Ferrari was pulled over for speeding down the 405 freeway however, it was not being driven by Justin Bieber!  The photographer was driving an SUV on Sepulveda Boulevard when he saw the white 458 Italia pulled over on the freeway.  Knowing what Justin Bieber’s car looks like, the gossip hound parked his car and ran to get a better shot.

As he approached Highway patrol officers warned him that it was not a safe area to be in and asked him to move more than once.  Finally, either after realizing Bieber wasn’t in the car or that it was in fact dangerous, he went to return to his SUV.  Authorities said he did so without looking and was hit by an oncoming car.  Also an SUV.  When paramedics arrived they tried to resuscitate him and then rushed him to the hospital where he was pronounced dead.  The driver of the SUV was not held at fault.

Another photographer who was on the scene identified the man by the name Chris.  He told the media,

“I know a lot of people say, ‘Oh, just another crazy paparazzo trying to make the money. Actually, he was not a paparazzo, he was just another kid from New Mexico,”

“While I was not present nor directly involved with this tragic accident, my thoughts and prayers are with the family of the victim, Hopefully this tragedy will finally inspire meaningful legislation and whatever other necessary steps to protect the lives and safety of celebrities, police officers, innocent public bystanders, and the photographers themselves.”

I wish I had some words of wisdom here.  “Look both ways before crossing the street” seems very elementary, but you have to agree it’s appropriate.
[more…]