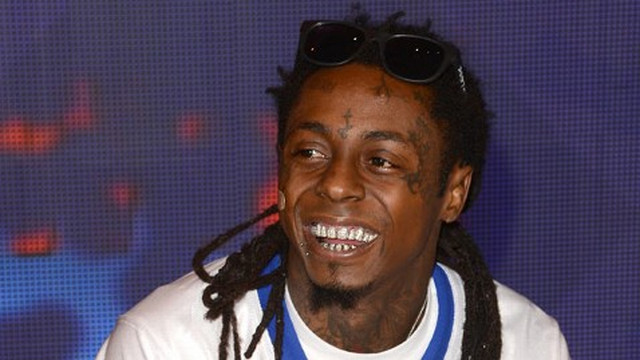 Lil’ Wayne Walking All Over the American Flag (VIDEO)

Lil’ Wayne has himself a Lil’ problem. The 30-year-old rapper was seen walking all over the American flag in a Youtube video recently. The flag walking took place during a video shoot and Lil’ Wayne has received a lot of criticism for the incident. It doesn’t help that some of the lyrics in the song he was performing are a little controversial as well, “My country his of thee / Sweet land of kill ‘em all and let ‘em die / God bless Amerika / This Ole’ godless Amerika.” he sings during the song.

A lot of people are actually calling for a boycott, but there are some people who don’t see this as that big of deal. “This shouldn’t be a surprise or a big deal. It’s rock and roll.” Entertainment reporter Jenn Hoffman said.

What do you think? Take a look at the video down below, and then scroll on down to hear Lil’ Wayne’s hilarious excuse.

Are you upset by it? Are you planning on boycotting? Well, before you make up your mind you should probably hear Lil’ Wayne’s side of things. Wayne took to his Twitter account to talk about what really happened, “I didn’t step on the flag on purpose! It’s a scene in a video where the flag drops behind me and after it drop it’s just there as I perform.” he wrote.

I’m not sure that I am buying that excuse, you can clearly seem him look down at the flag. It’s pretty clear that he realizes he is stepping on it. However, I do think it was meant to drop more behind him. I don’t think it was part of the video to step on the flag, it just dropped too close and he didn’t want to mess up the shoot by bending over to pick it up and move it.

Either way, I don’t think it is THAT big of deal. It’s not like he whipped out his penis and started to pee on it or anything.