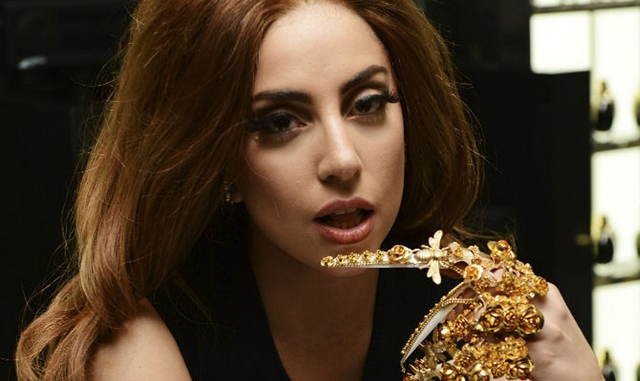 Lady Gaga has posted a picture of her face without makeup on her Twitter account before, but her most recent “no makeup” photo is even more shocking. She posted the picture on her website earlier this week and it has spread all over the internet.

Take a look at the shocking picture down below… Along with the picture she wrote,

“ARTPOP as they pry the single from my bleeding fingers. It’s a scary thing to revisit the things underneath, the pain in your past, but all I found was raw passion. I thought I was destroyed inside. I’m just ready to fight. Start the music.”

I’m not sure what that means. I’ve been trying to figure it out for a few minutes, but I can’t get over this photo she posted! Not because she looks hideous or anything, but just because she looks so much different. If she didn’t post it herself, I wouldn’t have believed or guessed that it was her.

At least in the photo she shared on Twitter you could still tell that it was her, but this? Geez, I would have had no freaking idea. I’m not sure if that is a good thing or a bad thing. Personally, I kind of look at it as a bad thing. It’s sad that women have to wear so much damn makeup just to live up to today’s “standards.”

A little makeup here and there is fine, but putting on a whole new face is just ridiculous. Sure, you might impress people the first time you meet them, but what happens when they see you in the morning? They’re going to think they woke up in the wrong house!

Stop the makeup abuse people. Save the masks for Halloween.