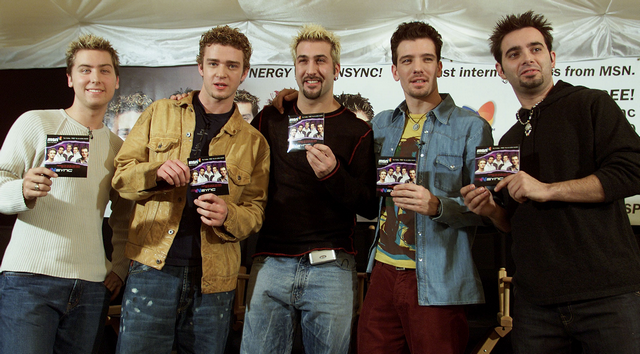 NSYNC Reuniting at MTV VMAs? It Could Happen!

The internet went crazy yesterday after it was rumored that NSYNC would perform together at the MTV Video Music Awards this Sunday. The New York Post was first to report that all the guys from the boy band, including Justin Timberlake would put on a special performance this Sunday at the show.

However, that report might not be entirely true. While it does appear that the band is trying to put together some kind of reunion for the show, it’s still unclear on what it will be, “It may not be a performance” a source told E! News.

The former group is supposedly in Miami trying to work something out. It’s been awhile since they have performed together, so it’s not like they can just hop on stage and be, um, “NSYNC” with each other again. It takes some time to pull off those amazing performances that make all the ladies throw their panties on stage.

MTV is said to be the one behind the reunion idea. They approached Justin about the idea since he will be honored on Sunday with the Michael Jackson Video Vanguard Award. It is believed that MTV wanted to make sure the boy band was not forgotten because they were such a big part of Timberlake’s success.

But we all know the real reason they want the band to perform again is because it would mean huge ratings. MTV isn’t stupid. I know it might seem that way if you look at what garbage they play now, but they know what brings in viewers.

A special NYSNC performance would certainly get a lot of attention.