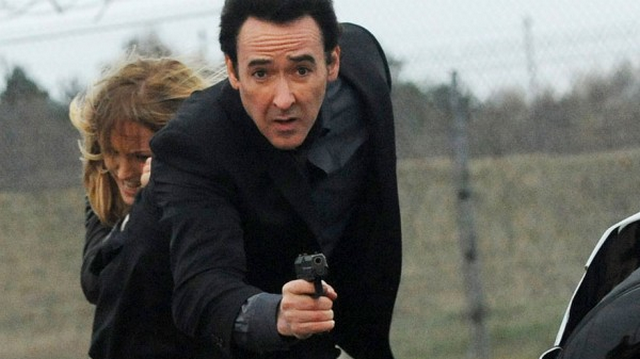 John Cusack might want to turn down the charm a little bit. He’s starting to make middle age women all over the world go crazy with lust.

A 45-year-old woman by the name of Elizabeth Pahlke couldn’t handle her attraction to the movie star any longer, so she decided to show up at his home unannounced. According to reports, the woman tried climb in a window at the actor’s home, but she failed miserably.

After that, security guards found her climbing a fence on the property. They held the women until police arrived, she was then arrested and booked for felony stalking and burglary.

Apparently, this chick has some kind of history with Cusack, because his security guards had just served her with a restraining order that same day.

The woman is currently being held on $150,000 bail. Cusack was not home at the time of the incident, but we’re told he was notified of what went down.

Someone needs to explain to her that a restraining order is not the same thing as an invitation. She obviously got them mixed up.