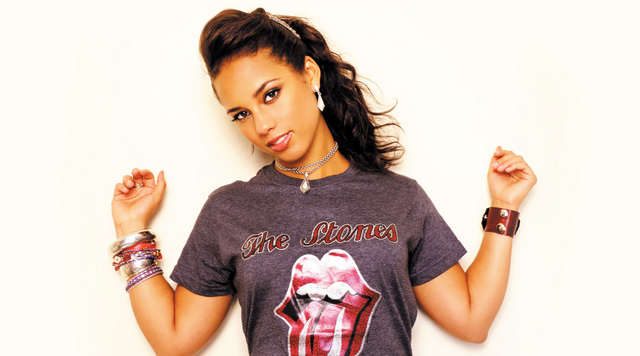 Alicia Keys didn’t need any keys when she entered a stranger’s home in the Hamptons recently.

According to Page Six, Alicia and her husband had rented a home in Water Mill over the summer. So, one night Alicia, her husband and some friends decided to pay the house a visit and throw a little shindig.

There was just one problem with that plan, they ended up entering the wrong damn house! Apparently, the door was unlocked so they just assumed that it was the right house. Alicia and her friends made themselves right at home and started to go through the kitchen.

“There was a woman upstairs in the bedroom at the house, and she heard noises downstairs. The woman’s daughter, a recent college grad, and her friends had been ‘programming’ earlier in the night before going out, so she assumed that the noise was that they’d all returned home.”

Little did she know that it was actually Grammy award winning singer Alicia Keys going through her pantry.

“At first she was a little freaked out, but it turned out it was Swizz and Alicia and their entourage. They’d rented a house nearby.”

No charges were filed, and it is believed that everyone got a good laugh out of the whole thing. We’re also sure that Alicia Keys hooked that woman up with some free tickets or something.