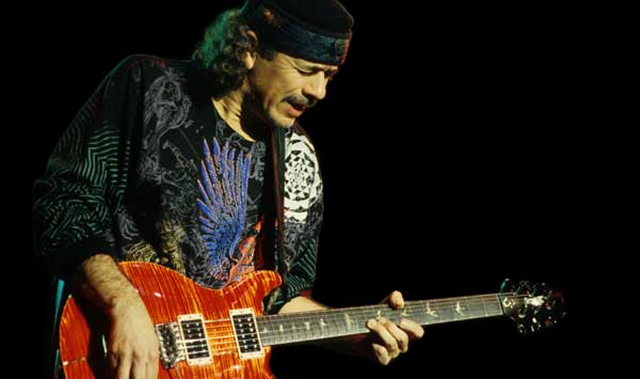 Carlos Santana is lucky to be alive after falling asleep behind the wheel and crashing his expensive Fisker Karma. Initial reports claimed that the crash was just a “fender bender” and that it was just a minor accident.

However, TMZ has obtained photos of his wrecked car, and he definitely suffered a little more than a fender bender. As you can see from the photo down below, his vehicle was totaled and had to be towed away from the crash scene. Sources connected with the law enforcement in Vegas told TMZ that Carlos admitted to falling asleep behind the wheel before the crash. He also apparently hit two parked cars before coming to a stop, but luckily no one was injured in the crash.

And just in case you are wondering if “falling asleep behind the wheel” is just some cover up to hide a DUI or something, it doesn’t appear that is the case. It’s not known if they conducted any tests, but Police Lt. Ken Romane told the Las Vegas Review-Journal that Santana was NOT driving under the influence.

It looks like it’s about time the 66-year-old hired a driver. Old drivers are dangerous, especially old drivers who are exhausted from performing concerts every night.