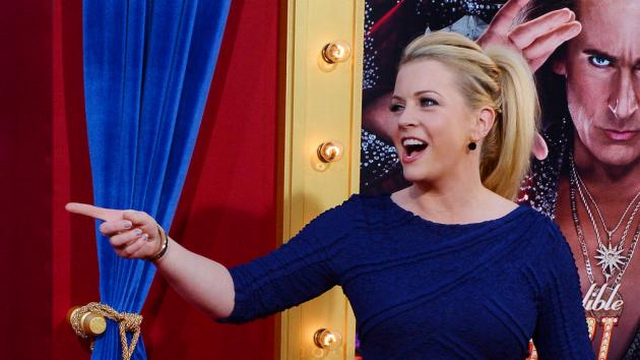 Who knew Sabrina The Teenage Witch was so naughty?

37-year-old actress Melissa Joan Hart has written a tell-all book about her life. The book is set to go on sell just two days before Halloween, but Life & Style magazine got a first look at the book and it looks like it’s going to be a doozy.

In the book, Melissa admits to trying several drugs, and even admits to being high at the time of her famous Maxim photo shoot,

“I experimented with weed, ecstasy, mushrooms and mescaline for about a year and a half.” She claims that she once took ecstasy at the playboy mansion and then made out with a girl in a limo on her way home. This all happened right before she was set to pose for the cover of Maxim back in 1999.

Hart also admitted to hooking up with Nick Carter from the Backstreet Boys and Jerry O’Connell. She states that Jerry is a “man whore.”

Well, it sounds like he wasn’t the only whore around! All this time I thought it was that sneaky little cat that was causing all the mischief, turns out it was Sabrina the entire time.