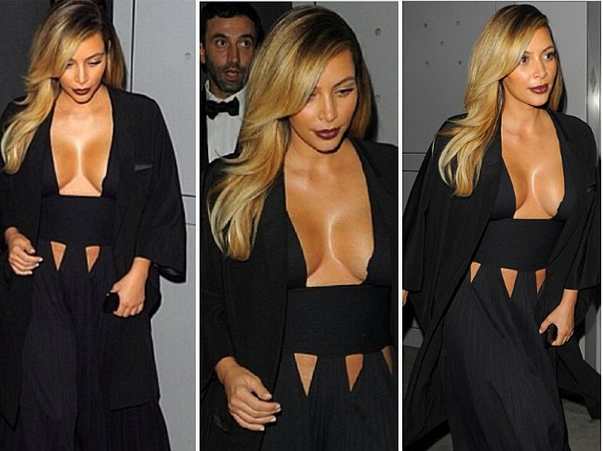 While Kim Kardashian is doing everything she can to lose weight, Kanye West doesn’t seem to mind a little extra junk in the trunk.

According to a report from RadarOnline, Kanye West doesn’t want Kim Kardashian to lose a lot of weight. Sources say that he’s a big fan of her curvy body just the way it is right now,

“Kim’s been working really hard to lose the weight that she put on carrying Nori, enlisting the help of trainer Tracy Anderson and doing four-hour gym sessions. She’s lost around 40 pounds and has cut carbs from her diet, but it’s not happening fast enough for her.

Kanye’s reassuring her that she looks fantastic, but she’s still feeling self-conscious, wearing clothes that swamp her figure and dyeing her brunette lock golden to draw attention away from her body.”

We have to admit, we’re on Kanye’s side in this battle.

All the hard work looks like it’s paid off and for now Kanye has his wish. A curvaceous Kim is in Paris with Kanye for fashion week and she let her curves loose! Rocking a dress and posing with famed designer Riccardo Ticsci Kim looked to be in rare form.[more…]

I will say that motherhood has done Kim and her two friends well. 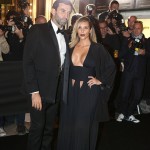 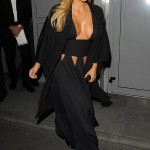 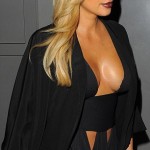 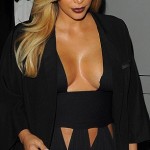 Yeah, those are definitely breasts. We see them Kim, and we appreciate you showing them. Of course, we have seen those things before in the nude, but they appear to be a bit bigger now.

Anyway, let’s all hope she cuts down on the four-hour gym sessions. That’s too much gym for anybody and especially too much for someone who just had a freaking baby.