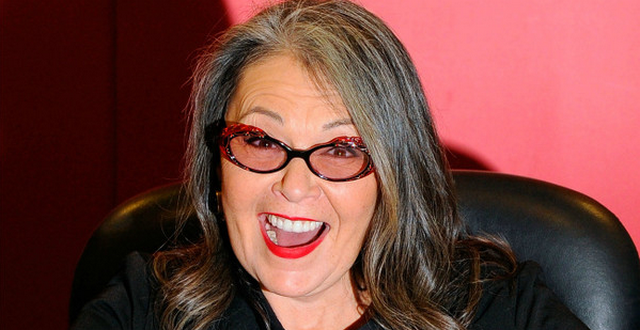 Remember when, ‘Two And a Half Men’ was funny? No? Neither does Charlie Sheen.

Comedian Roseanne Barr is pissed at Chuck Lorre and Ashton Kutcher for stealing one of her jokes and using it during their show. The joke in question was something Ashton Kutcher’s character said on the show last Thursday.

This pissed off Roseanne because she has been saying the same damn joke for almost seven years now. As you can tell from the Twitter posts, she was really mad about the whole thing. There were actually several other tweets, but those were the best of the bunch. At one point during her rant, she was ready to sue Chuck over the stolen joke.

However, she eventually calmed down and she even claimed that she forgave Chuck and Ashton. She put the blame on some poor writer instead,

Jokes get stolen all the time. It’s not like they took her whole set, and it’s not like it’s that original of a joke. I’m sure she is not the only one to think of something like that. However, Two And a Half Men is a pretty terrible show, so it wouldn’t surprise me if they did purposely steal the joke.