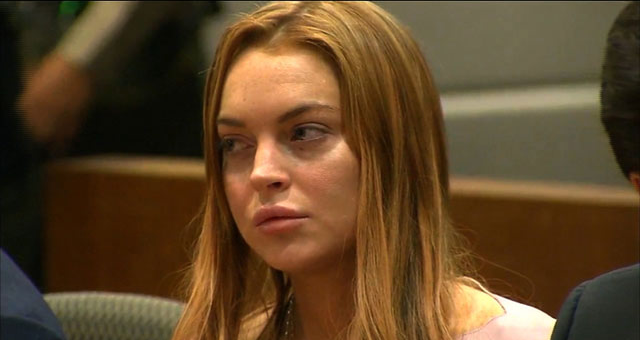 Is Lindsay Lohan Falling Off The Wagon?

Has Lindsay Lohan already gone back to her drinking ways? That’s what some people are claiming after an interesting photo of her popped up online the other day.

As you can see in the photo down below, it appears that Lindsay is reaching for a bottle of a wine. That would be a big no-no for her because she is supposed to be sober.

The photo certainly doesn’t look good, but there are two sides to every story. Sources close with Lindsay claim that she was actually just reaching for her purse and cell phone that happened to be on the same counter top. They say the angle the photo was taken just makes it look like she was reaching for the wine.

Apparently, Lohan is very serious about not going back to her old ways. She has told friends that she attends several AA meetings a week and continues to go to therapy for her problem.

However, there is still one major problem with this photo. Why did Lindsay’s friend have a wine bottle just sitting out on the counter while Lindsay was visiting? That’s just asking for trouble.

Hopefully she is telling the truth, it would really be a shame to see her go downhill again. We know one person who would be very upset with her…