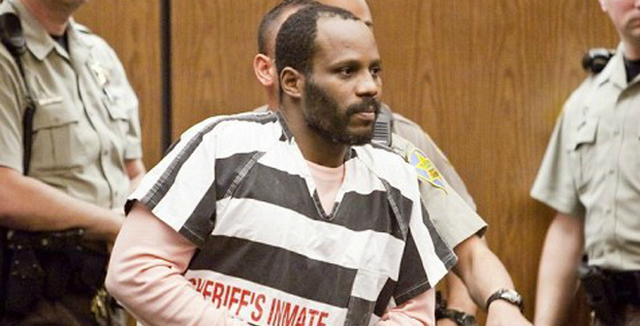 DMX Arrested AGAIN! Find Out Why Inside

Rapper Earl Simmons, or DMX for short was arrested again just outside an airport in South Carolina. He was arrested this time for driving with a suspended license, as well as driving without insurance and tags on his vehicle.

Of course, the 42-year-old only spent a few hours behind bars before posting a $1,335 bond. The unfortunate (but not surprising) incident took place as he was driving up to the Greenville-Spartanburg International Airport.

This new arrest is just one of several for DMX lately. We’re fairly certain one more arrest will land him in the Guinness World Records. Just take a look at some of his mug shots in the pictures down below…

That’s just sad. He should walk around with handcuffs already on him to save the cops some time. Let’s take a quick look at some of the charges he’s faced throughout the years.

This man has been arrested so many times that when you type, ‘DMX ar” in Google, an option that says, “DMX arrested again” pops up.

It’s safe to say he’s never going to learn. He’ll be 75-years-old and getting arrested for stealing silverware from Golden Corral.