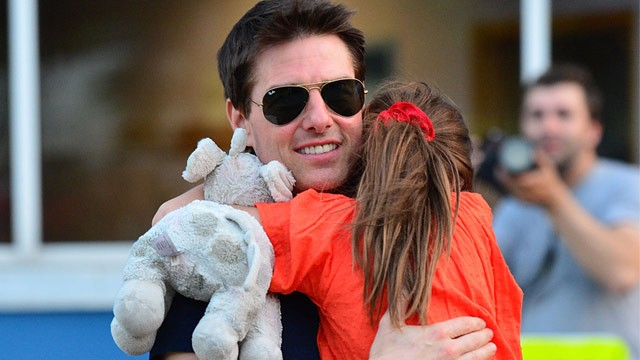 Why Is Tom Cruise Suing In Touch Magazine For $50 Million?

The publisher behind ‘In Touch’ magazine might have messed with the wrong actor. The magazine ran a cover story a year ago that claimed Cruise had “abandoned” Suri after his divorce with Katie Holmes.

Cruise claims that the story is completely false and he just filed a $50 million lawsuit against the publisher. In the docs he just filed, Tom opens up about his relationship with his daughter.

“I have in no way cut Suri out of my life — whether physically, emotionally, financially or otherwise.” He states in the docs. “Even during the times when I was working overseas and was not able to see Suri in person, we were (and continue to be) extremely close.” He continued.

The 51-year-old actor did admit that he was busy shooting a couple of movies when the magazine ran the story, but he insists that he stayed in contact with Suri’s mother, “As my numerous emails with Suri’s mother during this time period demonstrate, I was a constant presence in Suri’s life.”

He then continued to defend his relationship with his daughter…

“While I’m sure my daughter misses me when I am not with her (as I miss her), she is a very happy child, and we have a wonderful relationship and cheerful phone calls.”

I’m no Cruise-aholic, but I do feel for him here. He might be a little bit crazy, but he doesn’t seem like a bad dad. Honestly, I think this lawsuit is less about the money and more about getting his side of the story out there.

Good for him. It doesn’t quite have the same effect as jumping on the couch and shouting like a maniac, but it will do.