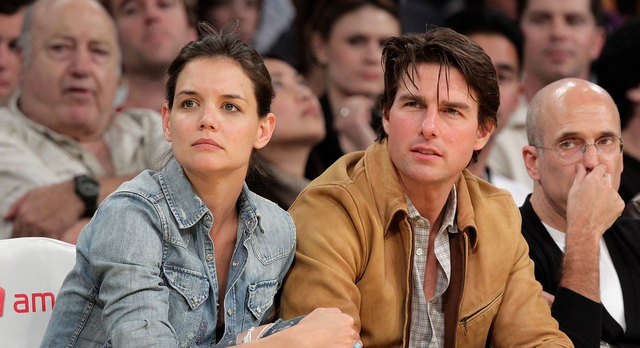 We told you last week that Tom Cruise was suing Bauer media for $50 million after their magazines claimed the actor was abandoning his daughter.

Well, Tom recently attended his deposition and something very interested was revealed during it. According to RadarOnline, Cruise was asked if Holmes left him “in part to protect Suri from Scientology.”

At first, Cruise was offended by the question. He responded with anger and said, “there is no need to protect my daughter from my religion.” However, lawyers continued to push him on the question and the 51-year-old eventually admitted that Scientology played a role in the split.

“Did she say that? That was one of the assertions, yes.” He told the lawyers. Cruise also informed the lawyers that Suri was no longer a practicing member of his religion.

This confirms what almost everyone thought when the couple ended up divorcing. It’s clear Katie Holmes wasn’t a fan of Scientology, and now she is doing everything she can to protect her impressionable young daughter from it.

It’s likely Cruise will continue to try and bring Suri back into Scientology as she gets older. Let’s just hope she is smart enough to make her own decisions.