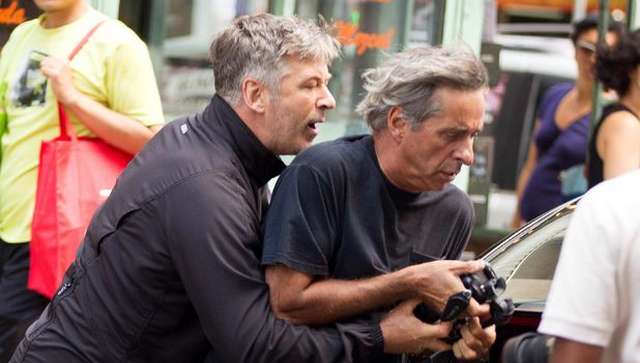 Alec Baldwin Loses It On The Paparazzi AGAIN!

Those crazy Baldwin brothers are at it again. Alec Baldwin continued his war with the paparazzi yesterday in New York City.

The incident happened after Baldwin had just won his court case against his stalker, Genevieve Sabourin. She was sentenced to 210 days in jail and you would think that Alec would be happy about it. However, just hours after his victory, he went off on a few members of the paparazzi who were stationed outside of his apartment.

TMZ has the video and you can watch it by clicking here. In the video, you can see the angry man chasing one of the “photographers” down the sidewalk. He was yelling at them to get away from his wife and kid who were in the car at the time.

At one point, a photographer tries to move in closer but he gets stopped by the actor, “You know what’s going to happen to you, don’t you?” Baldwin yells. He then gets in his car, but not before calling the photographer a “C**ksucking f*g.”

Alec has been known to use offensive language toward gays before, so it’s not surprising to hear him yell that. However, he is claiming on his Twitter account that he actually said, “Fathead.” He also claims that he thinks Anti-gay slurs are wrong…

You can watch the video and see for yourself. It’s impossible to know exactly what he said, but it certainly doesn’t sound like he said fathead. I’m not even sure if fathead is an insult? Fatheads are those awesome wall decals, right? 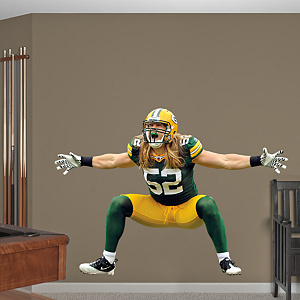 I love those things. I’d love to be called a c**ksucking fathead. What a nice thing to say about someone.