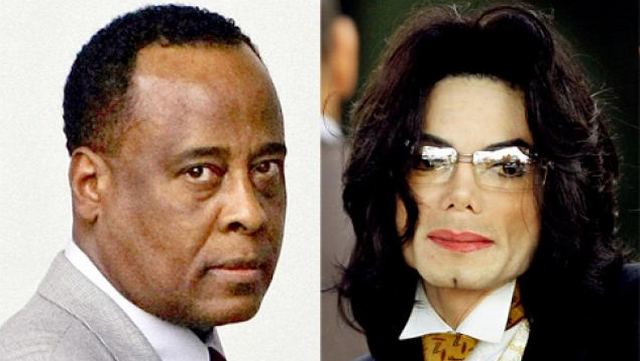 Dr. Conrad Murray on Michael Jackson: I Held His Penis Every Night

Normally, Michael Jackson was the one holding genitalia, but Dr. Conrad Murry recently admitted to holding the pop star’s penis every night.

The strange admission came during an even stranger interview with The Daily Mail. During the interview, Murray admitted to holding Michael Jackson’s penis every night…

“You want to know how close we were? I held his penis every night to fit a catheter because he was incontinent at night. He wore dark trousers all the time because after he went to the toilet he would drip for hours.”

We’re pretty sure this qualifies as, “Too much information.” We don’t need to know all of this about the man who moonwalked his way into our lives.

“Michael didn’t know how to put a condom on, so I had to do it for him.” Murray also said in the interview. We’re not exactly sure what he means by that, and we’re not going to be the ones to ask for an explanation.

He also says he believes Michael Jackson killed himself,

“I believe he woke up, got hold of his own stash of Propofol and injected himself. He did it too quickly and went into cardiac arrest.”

And not surprisingly, the good doctor claims that Jackson’s three kids all have different fathers, “Michael told me he never slept with Debbie Rowe.”

Combine that with the fact that Murray would randomly wrap condoms on Jackson’s willy, it’s probably safe to assume those aren’t his kids.