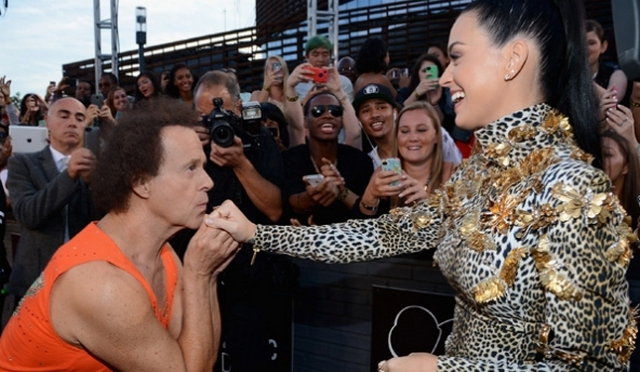 Yes, this is a story about Barack Obama. However, we’re not going to discuss politics here because this sh-t isn’t CNN, although, they really don’t talk about politics anymore either.

Anyway, Richard Simmons is accusing the Obamas of straight up rejecting him over and over again. The fitness expert/sweat master talked with HuffPost Live recently and told the host that the Obamas don’t seem to want his service,

“I love Michelle Obama. I wanted to meet them, both of them. They have rejected me totally.”

He was asked why he thinks they continue to reject him, “I’m just not their set of sheets.” He replied.

Simmons goes on to admit that he’s not a very political person, but he feels like he could be a big help to Michelle Obama’s fitness campaign if he was given the chance,

“I’m not an extremely political person, and I do think the president and Lady Obama are doing a good job, but I think I can help.”

Poor Richard! How can anyone reject him? Believe it or not, I was once a pretty chubby kid. Richard Simmons helped me lose the weight, though. Not by dancing the fat off, but by laughing the fat off.