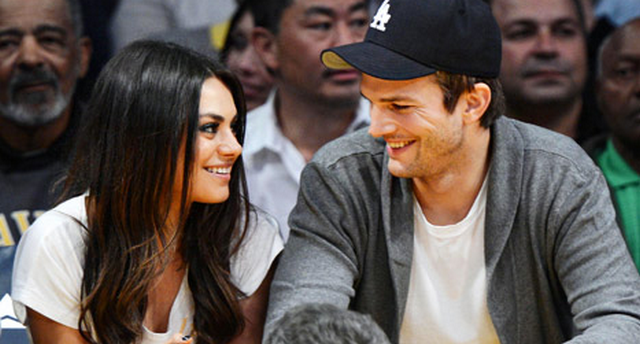 Say it ain’t so, Joe! Please tell me that Ashton Kutcher didn’t get Mila Kunis pregnant!

Rumors are spreading across the internet this Black Friday and they claim that the beautiful Mila Kunis is pregnant and Ashton Kutcher is to blame. The rumors started when Ashton Kutcher played a little trick on the paparazzi earlier in the week.

He was out on a little dinner date with Mila Kunis. The happy couple went to a place called Carlitos Gardel in Los Angeles. Well, after eating dinner inside, they took a step outside and realize the place was covered with paparazzi.

At the beginning of the video down below, you can hear Mila say, “Oh my god” when she sees the cameras. And that’s when Ashton Kutcher put on the performance of a lifetime. He started to back up the photographers and he repeatedly told them to “get lost” while Mila ran to the car behind him.

Watch the video down below…

Pretty sneaky stuff, right? Well, now there are rumors going around that Mila is pregnant and that’s why Ashton didn’t want anyone taking a picture of her. Although, GossipCop is reporting that the rumors are “100% not true.”

So, it would appear that this is just another case of someone trying to make a story out of nothing. She probably just didn’t feel like posing for the f—king camera.

Props to Ashton for looking out for his girlfriend.