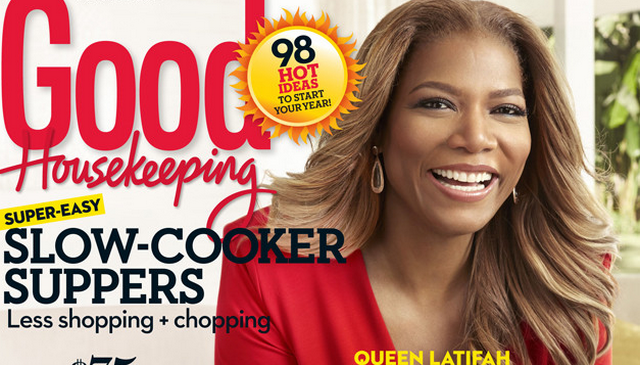 Queen Latifah Talks About Her Troubled Past And Alcohol Abuse

You couldn’t tell it by looking at pictures of her or watching her in interviews, but the bubbly Queen Latifah wasn’t always as happy as she is right now.

The 43-year-old rapper/actress has had a lot of success in her career and she’s had a lot of amazing things happen in her life. However, she’s also been through some pretty horrible events. The first time she had to deal with depression was when she was a teenager, trying her best to deal with the fact she was always going to be bigger than most girls.

“For a lot of the things I’ve wanted to do in life, I haven’t looked typical, I was not born a size 2. I’m not skinny, period. When I was around 18, I looked in the mirror and said, ‘You’re either going to love yourself or hate yourself.’ And I decided to love myself. That changed a lot of things.”

She managed to get past her weight issues and right as her career started to take off, her brother was killed in a tragic motorcycle accident. As a firm believer in God, Latifah had a difficult time accepting the loss.

“My life was rocked to the core. And I felt guilty, because I was angry at God.”

But still, she managed to fight through the pain and focus on her career. However, several years later, she revealed that she and her friend were a victim of a carjacking. Her friend was brutally injured and almost died from the injuries. This was too much for Latifah to handle, so she turned to drinking.

“Drinking a bunch of alcohol, numbing myself. Every day I would be faded, like a painting that’s just not vibrant, whose edges are dull, I wasn’t living my full life.”

The Queen eventually went to therapy and now she is learning to deal with her problems without touching a bottle of alcohol.

Good for her. It takes a lot to recognize that you have a problem and it takes even more to actually go seek help for that problem.