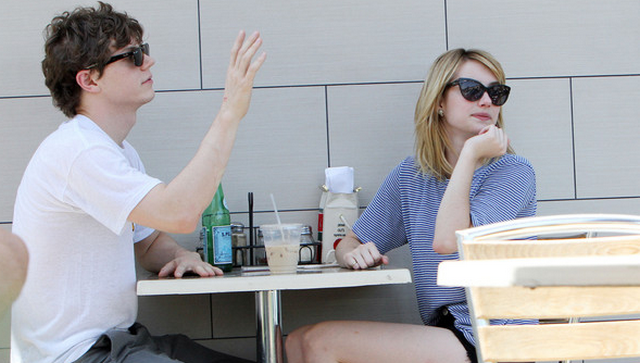 We didn’t expect to see this happening anytime soon, but 22-year-old Emma Roberts is reportedly engaged to Evan Peters.

Multiple sources are now confirming the news, but Extra was the first to reveal the surprising news. According to the sources, 26-year-old Evan Peters proposed to Roberts sometime during the holidays.

The proposal took place in New York City and the ring is reportedly a pink gold diamond ring. While reps for the actress haven’t confirmed the news, this picture that was taken a couple of days ago in New Orleans does show Roberts wearing a huge ring on her finger. Apparently, the newly engaged couple went to London to celebrate the new year and their engagement.

Even though they have been dating since 2012, this news is still very surprising. Mainly because just last year, Roberts was arrested in Canada for attacking Peters during an argument. She allegedly left bite marks on him and hit him in his nose, which caused it to bleed.

That doesn’t sound like a healthy relationship. I’m not sure if I would marry a girl who beat the sh-t out of me just months before, but maybe he’s into that sort of sh-t. Maybe a little violence in the bedroom turns the dude on.

Who are we to judge?