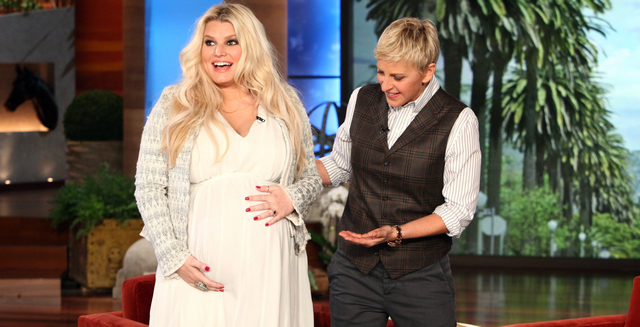 The last time I remember saying Jessica Simpson looked amazing was when she was shaking her a** for 30 minutes in that horrible Dukes of Hazzard movie.

“With Maxwell I didn’t think about the weight I was gaining, and the first time I stepped on a scale and looked at the number…I mean, that wasn’t a number I had ever even considered…and I was faced with a pretty serious truth.”

However, the 33-year-old learned from her mistake and was prepared for her second pregnancy. She partnered up with Weight Watchers, had her second baby in June of last year and now she looks like this… “Too proud to sit down!! Behind the scenes of my new commercial. Thanks @weightwatchers.” She captioned the photo.

Looking good, Jessica. It’s a little rude of you not to sit in the chair they specifically made for you, but we’re sure the person who spent 10 seconds writing your name down on a piece of tape will get over it.