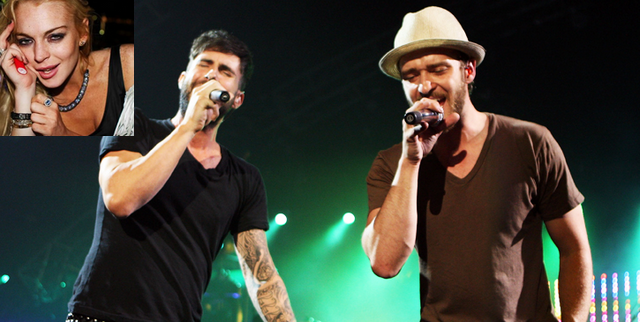 Are you ready, folks? We finally have some legit gossip for you. Trashy, nonsensical, bad for your health, drama! In Touch has managed to obtain a list (handwritten by Lindsay Lohan) of all the celebrities she has hooked up with.

The list contains 36 of her former lovers, and there are some pretty huge names on the list. You can view a picture of the list in question down below.

How did In Touch get a copy of this list? And why did Lindsay Lohan write this list in the first place? Well, sources claim Lindsay Lohan created the list at the Beverly Hills Hotel back in January of last year.

“It was her personal conquest list. She was trying to impress her friends with the list and then tossed it aside. The list has some pretty big names on it, and they’re not all single guys. This getting out now could rock several Hollywood relationships to the core.”

Ah, yes! There is nothing better than the smell of celebrity trash in the morning. As you can see, there are a number of dudes on the list. Some surprising names include, Justin Timberlake, Colin Farrell, and Evan Peters, who is now engaged to that crazy Emma Roberts chick. He better watch out.

It’s hard to take this list seriously. I mean, I don’t doubt that Lindsay Lohan has had sex with 36 celebrities. It’s just some of the names don’t make sense. And why would she spell Zac Efron’s name with a K?

Every teenager in the world knows he has always been….