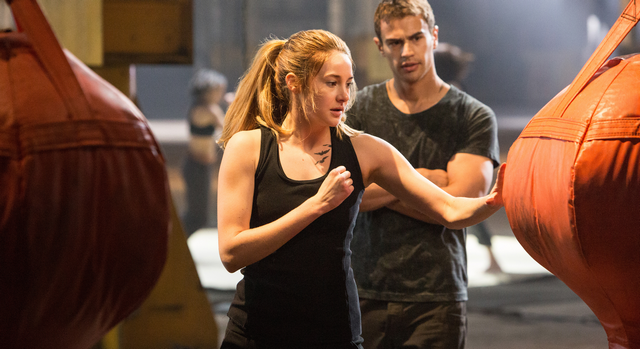 Oh, snap! Shailene Woodley just pissed off millions of Twihards all around the world. The 22-year-old star of the upcoming ‘Divergent‘ movie talked bad about ‘Twilight’ in the April issue of Teen Vogue.

She told the magazine the following…

“Twilight, I’m sorry, is about a very unhealthy, toxic relationship. She falls in love with this guy and the second he leaves her, her life is over and she’s going to kill herself! What message are we sending to young people? That is not going to help this world evolve.”

Of course, I think we can all agree that she has a point. However, how many movies made in the last few years are actually helping the world evolve? You could probably count them on one hand, and I highly doubt Divergent is going to be added to the short list.

But it doesn’t really matter because teenagers are going to love the movie. Experts predict Divergent could possibly make $70 million during its opening weekend, which is a very solid number. It’s not close to the $152 million the first Hunger Games movie made, but it’s a solid opening.

Speaking of Hunger Games, Jennifer Lawrence was actually the one who talked Woodley into taking the role in Divergent. She told The Hollywood Reporter the following…

“I asked Jennifer Lawrence, ‘Are you happy with your choice to take on The Hunger Games?’ And she said she wouldn’t change it for the world. She told me, ‘There are some things — don’t make a sex tape, don’t do drugs, don’t do things in public — that you wouldn’t want other people judging you for. But this is the best decision you’ll ever make.'”

No sex tape? Damn you, Jennifer! Why are you trying to ruin a good thing?