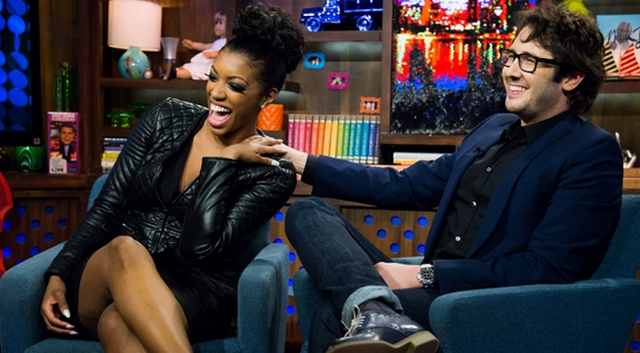 We told you yesterday that Porsha Williams received absolutely nothing in her divorce with Kordell Stewart. The only thing she left with was that expensive ring on her finger. That’s it.

One might assume she’d be pretty pissed off about this, but it doesn’t look like she cares at all. Why? Because she’s reportedly dating 42-year-old Teodoro Nguema Obiang Mangue, the son of the very wealthy Teodoro Obiang Nguema Mbasogo.

Who is this Mr. Mbasogo? He’s been the President of Equatorial Guinea for over 30 years now. He’s also known as one of Africa’s most brutal and corrupt leaders. According to TMZ, the 71-year-old has had his predecessor executed and political opponents tortured.

Apparently, his 42-year-old son Mangue travels all over the world, and spends all of that oil money. We’re not sure how he met Porsha, but sources say he’s been showering her with expensive gifts.

TMZ reports that he’s surprised her with, Louboutin shoes, Chanel and even a Rolls Royce. Sources also report their relationship has been moving very fast. And get this, Mangue is already looking to buy Porsha a mansion in Atlanta!

We realize this doesn’t make any f–king sense, but it also seems like it would be hard to make up such a story. This relationship might be crazy enough to keep her on the show.