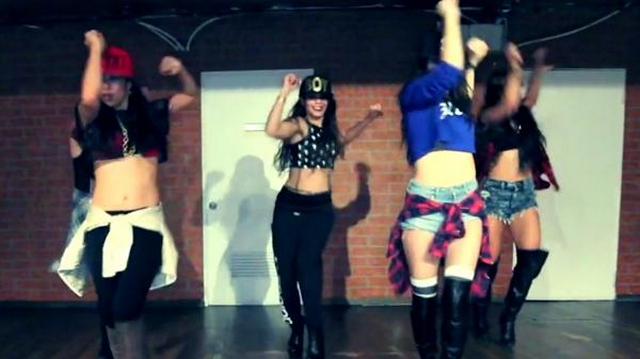 It looks like all those cringeworthy dance routines from ‘High School Musical’ paid off for Vanessa Hudgens. The 25-year-old former Disney star teamed up with a few of her friends to create a hot dance routine to Beyonce’s Yoncé.

She teased the video down below a month ago, and now it has finally been released for the world to see. In total, there were five ladies dancing. The routine was choreographed by Michelle “Jersey” Maniscalco, the creator of Hottie Heels.

Check out the video down below and let us know how you think she did. Do you think she outperformed the Queen? Or does she just get an A for effort?

I enjoyed it. I’ll probably enjoy it again later tonight. No, seriously, the routine was pretty cool…I guess. What the hell do I know about dancing? You know what was going through my mind when I watched that video?

Can I jerk off to this?