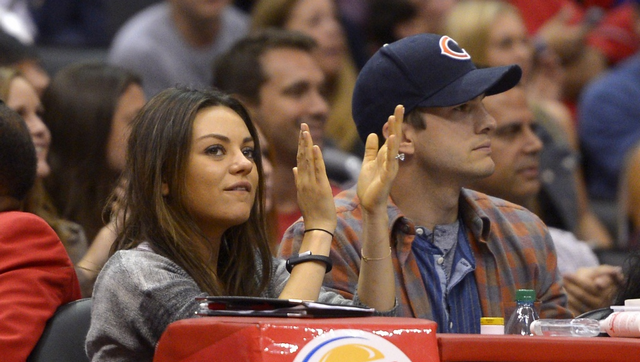 We all knew some lucky dude was going to knock up Mila Kunis at some point, we just never thought it would be Ashton Freakin’ Kutcher.

The 30-year-old actress is reportedly pregnant, and 36-year-old Ashton Kutcher is to blame. As everyone knows, the former stars of “That ’70s Show” started dating back in 2012. And just recently they made things official by getting engaged.

Some of the rumors going around claim they are expecting twins, but those appear to be false. It looks it’s just going to be one baby for the beautiful Mila Kunis.

We should mention that there hasn’t been an official confirmation by the couple, but they were seen kissing at the Clippers-Pistons game just the other day…

How adorable! Turning his hat around like that. What a gentleman.