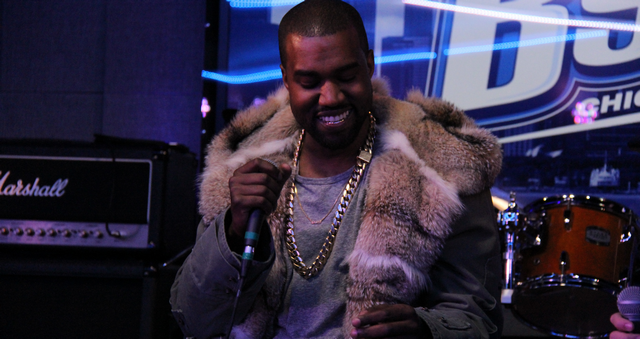 What happened to Kanye West? The 36-year-old rapper used to have some respect. He was putting out some quality music, you know?

His music career is now suffering, thanks to his infatuation with Kim Kardashian and her awful family. West teamed up with Future recently to create a song called, “I Won.” Which is basically 4 minutes of Kanye and Future bragging about their trophies.

They could have just renamed the song, “Degrading Women” and it would have made more sense. Check out Kanye’s verse down below…

“You the number one trophy wife
So it’s only right to live the trophy life
You grew up on J. Lo, Timberlands by Manolo now
Till one day I put an angel in your ultra sound
I want to dip that a** in gold, I want to dip that a** in gold
I made it over NBA, NFL players
So every time I score it’s like the Super Bowl
Baby, we should hit the south of France
So you could run around without them pants
I put that glacier on your little hand
Now that’s the only thing without a tan
My trophy on that Bound bike, I gave you only pipe
If people don’t hate then it won’t be right
You could look at Kylie, Kendall, Kourtney and Khloe
All your Mama ever made was trophies, right?”

Seriously, Kanye? How long did it take you to write that? A minute? You could have at least put some effort into the song. The lyrics are so embarrassing that we can only assume this song is some big joke.

If you enjoy torturing yourself, you can listen to the song down below.