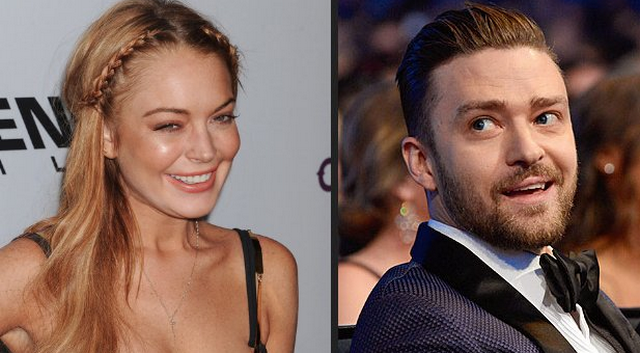 Lindsay Lohan Confirms The Sex List Was Real, Claims She Wrote It In Rehab

The surprising admission came during her recent appearance on Watch What Happens Live. She was asked about the sex list during a special segment on the show, and she decided to come clean on all her dirty sexual adventures.

“You know, I’m going to get serious for a second. That was actually my fifth step in AA at Betty Ford. And someone, when I was moving during the OWN show, must have taken a photo of it. And so that’s a really personal thing and it’s really unfortunate…I talk about it on the last episode on the OWN show, so to be continued.”

Shocking, huh? I mean, no it’s not surprising that Lindsay Lohan has had a lot of sex, but some of the names on the list are a little surprising.

That’s an impressive list of guys! Justin Timberlake, Colin Farrell, Heath Ledger and Adam Levine? Damn! She was a busy girl, huh? It might have been easier for her to just write a list of guys she hasn’t had sex with.

James Franco is also on the list, which is interesting because he still claims he never had sex with her. He’s probably just too embarrassed to admit it.

As Lindsay teased, she is going to talk about the sex list on the last episode of her show on OWN this weekend. In a preview for the episode, Lindsay Lohan cries when she sees the story published on Page Six…

“The story’s on Page Six right now. That actually really is annoying right now. It’s f–ked up. And I don’t want a part in it.”

Couldn’t she have just denied it? It’s not like any of the dudes on the list were speaking up. She could have just lied and said she never wrote the list. End of story right there.

Deep down, she’s probably really enjoying all this attention.