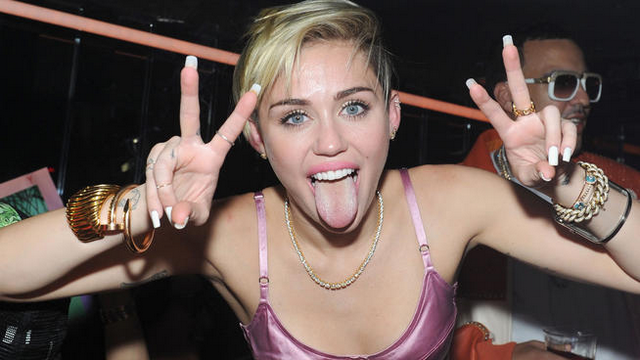 Miley Cyrus Is Still In The Hospital, Warns The Media To Stop Scaring Her Friends And Family

Miley Cyrus is still in the hospital three days after having a severe allergic reaction to the antibiotic Cephalexin. She was apparently suffering from a nasty sinus infection during her tour, and was prescribed the medicine to help fight it off.

Unfortunately, she had an extreme reaction to the medicine and was rushed to the hospital. Doctors say this type of extreme reaction can last up to almost a month, which means she might have a lot of rescheduling to do.

Miley Cyrus has been documenting her entire hospital experience on Twitter, and it’s clear she is sick of two things.

Needles and the media making up false stories about her…

So, what “ignorant” stories is she talking about? Well there are a few going around. TMZ blames this hospital stay on intense partying after the death of her favorite dog. In Touch Weekly has really went out on a limb. They claim Miley Cyrus has a secret heart condition and could be dying soon.

Pretty silly stuff, huh? It’s amazing they are actually allowed to publish stories like that. I mean, how the hell did they even come up with that?

Anyway, you can read the official statement Miley’s rep posted to her website down below…

“Miley was suffering from a sinus infection during her tour in N.C. a week ago. She was prescribed the antibiotic Cephalexin which she has now suffered an extreme allergic reaction to. This type of extreme reaction can last from five to 27 days in these types of cases.

She will remain hospitalized and is under a doctor’s care until we see some improvement in her condition and is asking for your compassion and privacy at this time. Miley is devastated about missing shows and possibly disappointing her fans.”

There you have it, folks. It’s just an allergic reaction. Nothing to see here.