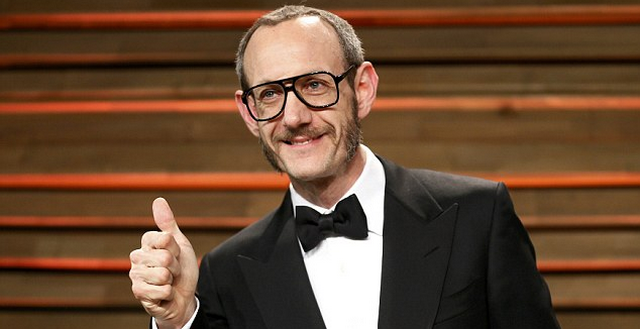 A model by the name of Emma Appleton is accusing Terry Richardson of being a gross human being. Something most of us already knew, thanks to the several other sexual harassment claims against him.

Emma posted the photo you see down below yesterday. She has since deleted the picture, but she posted it on the internet, which means it’s going to live on forever. 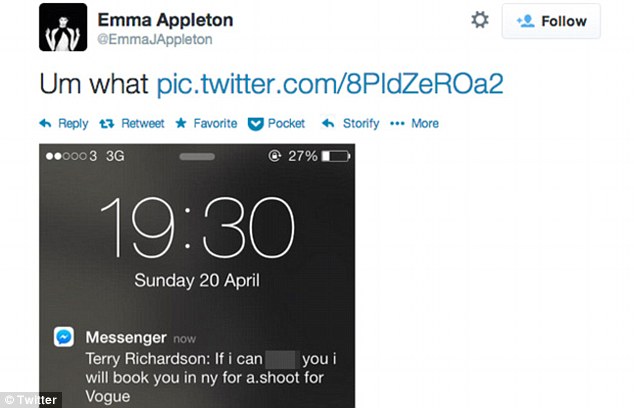 It’s safe to assume the blurred out word is not “hug.” The model was obviously offended by his message and decided to call him out in a very public way.

Believe it or not, Emma was actually receiving a lot hate for posting the photo. There were so many people calling her nasty things on Twitter that she was forced to delete her account. 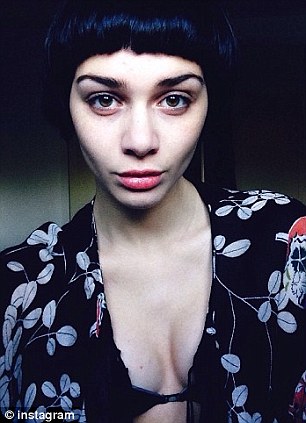 But before she did, she posted this final message…

“The fact people think this acceptable blows my f–king mind. See ya.”

Terry Richardson spokesperson Candice Marks is denying the allegations. “This is obviously a fake. Terry did not send this text.” Marks told Buzzfeed.

As we said, this is not the first time Richardson has been accused of naughty behavior. Several models have made sexual harassment claims against the celebrity photographer.

It’s only a matter of time before he’s actually charged with something.