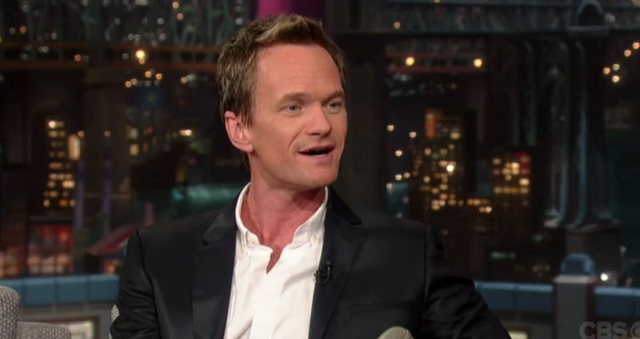 Fans of How I Met Your Mother were extremely pissed with how the show ended. They were mad that Barney and Robin got divorced, and they were upset after finding out the mother was dead the entire time. Some people even compared the series finale to Seinfeld’s finale, which angered millions of people back in 1998.

Well, Neil Patrick Harris talked with David Letterman yesterday, and he defended the writers/creators of the show.

“It wasn’t necessarily the happy ending people were expecting. But Carter and Craig, who were once writers on your show and the executive producers and the creators, knew this ending years ago and had played towards that. I was a big proponent of it and a big fan of it.

Sometimes people’s growth doesn’t really mean that they grow up. There are certain people who you want to get in a solid relationship and really settle down and learn from things. You want Barney to be the guy you can bring your mom home to, but Barney’s the guy who wants to bang your mom. At the end of the day, it’s not always meant to be that way.”

And for those fans who need to actually hear the words coming out of NPH’s mouth. You can check out the video down below…

Do you all feel better now? Probably not. Those who hated the finale aren’t going to suddenly love it just because Neil Patrick Harris was a fan of it.

You can’t make everyone happy.