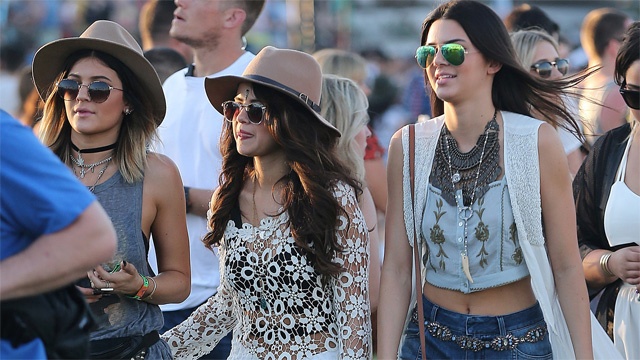 Selena Gomez Dumps Kylie, Kendall And Bieber? Replaces Them With Her Lord And Savior

Is Selena Gomez finally ready to change her life? Is she tired of all the partying, alcohol and drugs? It certainly looks that way!

The 21-year-old singer had something hit her last week while at Coachella with Kendall and Kylie Jenner. We are not sure what it was that hit her, but we can only assume it was the hand of God.

Selena has decided to throw away all the bad influences in her life. She started by unfollowing the Jenner girls on Instagram. She then deleted all of their pictures together. And now she is currently following zero people! That’s right, not even the great Justin Bieber is being followed by Gomez.

What does this all mean? Well, sources tell TMZ that Selena had an epiphany after Coachella. She was surrounded by drugs and alcohol, and finally realized she needed to change. Sources say she wants to get away from the partying scene, and that means she has to distance herself from enablers.

It’s also being reported that even her family is noticing a change in her this time. They say she’s committed to focusing on her career, and her relationship with God. She’s apparently attending church almost daily.

We will see what happens, but we’re not convinced. She will be back with Justin Bieber by next week.