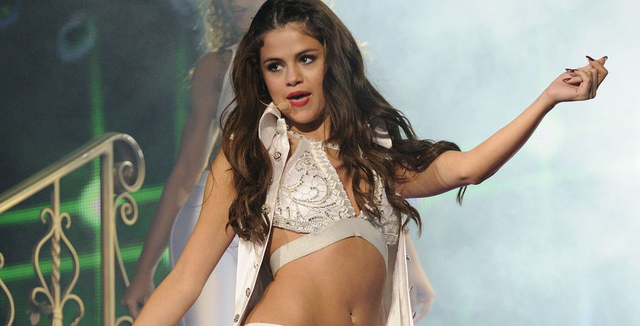 Have we finally figured out why Selena Gomez deleted all of her old photos with the Jenner girls from her Instagram account? Perhaps. A new report claims Kylie Jenner and Justin Bieber were sending flirty text messages to each other.

One source even claims Kylie sent Justin Bieber “sexy” pictures. Selena Gomez found the photos and text messages on Bieber’s phone and allegedly flipped out. She immediately ended her friendship with the Jenner girls, and then she broke things off with the Biebs. A source told RadarOnline the following…

“Selena flipped out and there was a huge fight between the girls. She now wants nothing to do with Kylie or [her sister] Kendall.”

But it’s important to remember this story is coming from RadarOnline. This means the odds of it being true are not all that high. Although, E! Online did recently publish a similar story.  It’s not as dramatic as the one found found on RadarOnline, but it does suggest that Kylie Jenner and Justin Bieber were flirting with each other.

The source who talked with E! claims everything is okay between the two girls now. “Everything is fine now. Selena has no issues with Kylie whatsoever.” The source said.

What does this all prove? Well, the first thing this story proves is that I desperately need a life. The second thing it proves is that there was indeed a fight between the girls, and it probably involved Kylie Jenner flirting with Justin Bieber.

Why two girls would fight over this…

…we have no idea.