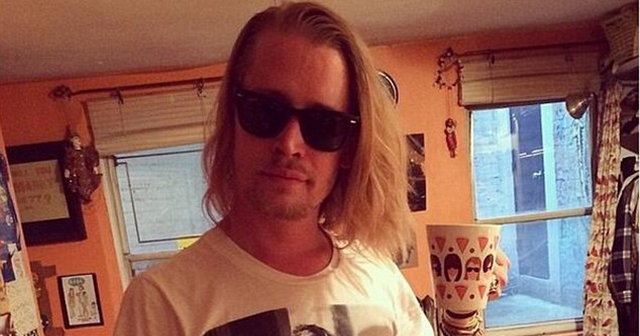 You see, last year Ryan Gosling was photographed pumping gas while wearing the shirt you see down below. As you can clearly see, there is a photo of Macaulay Culkin trying to strangle himself on Gosling’s shirt. This photo got a lot of publicity.

Why? We’re not sure. Most likely just because it’s Ryan Gosling. Any photo of Ryan Gosling will go viral simply because every lady on the planet wants to jump his bones. And thanks to all those desperate housewives out there sharing the photo online, it got Kevin McAllister’s attention.

It took over a year, but Culkin finally created the best shirt ever. Check it out down below…

Is that right? I don’t even know. I am so confused right now. This feels like work, and I don’t like work. Why do you think I became a blogger?