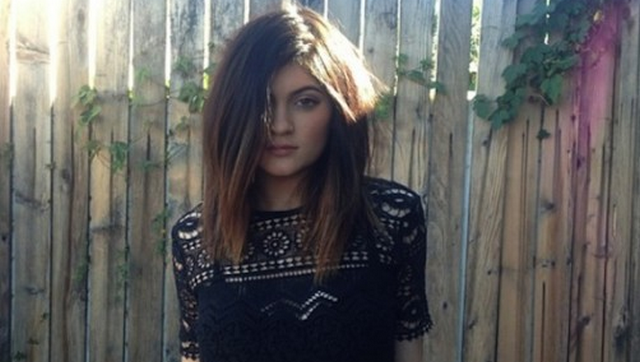 Someone Should Tell Kylie Jenner That She’s Only 16

Kris Jenner needs to get her daughter under control. 16-year-old Kylie Jenner continues to post racy photos to her Instagram account. The first questionable photo came a few days ago when she was photographed in bed with a shirtless Jaden Smith.

We’re not sure what is going on in this photo, but it’s clear Jaden Smith is enjoying the moment. I know he’s only 15-years-old, but he has to be the most annoying celebrity in Hollywood. Has anyone ever read his tweets? “Don’t mean to make you feel how I was feeling” She captioned the photo. We’re not sure what that is supposed to mean, but it just sounds wrong.

Do her parents really not care about her posting these photos? It just seems like one of them should step in and do something about this, but I guess life is just different out there in Hollywood.

After all, we should remember that her father is trying to become a woman. That can’t be an easy thing to deal with.