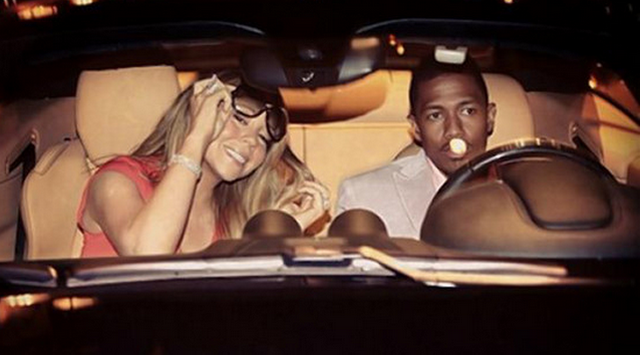 Nick Cannon Fights Back In New Interview, Claims He Has Never Cheated On Mariah Carey!

You may have heard the rumors surrounding Nick Cannon and Mariah Carey lately. OK! magazine recently published a cover story about the couple, and what the magazine claimed was not “OK!” with Mr. Carey.

The magazine basically said Nick and Mariah’s marriage was over after the two had a “massive fight over Nick’s sex romps with other women.” Now Nick Cannon is fighting back against the rumors. He talked with Parade.com recently and told the site that all you can do is ignore the rumors and move on with your life.

“You kind of have to ignore it because every week it’s something different. If you paid attention to it, it actually probably would start really affecting you… There’s no merit or truth to it. It’s kind of humorous, really. It couldn’t be further off from the truth, and it really affects the credibility of the so-called newspapers.”

The 33-year-old father then talked about how he and Mariah celebrated their sixth wedding anniversary as well as their twins’ birthday last month.

“We definitely had a good time. The first part of the day, we threw a birthday for them and their friends at their school, and then after that, once we tired all the kids out, we had a nice romantic rooftop evening and kind of re-enacted some of our wedding and engagement rituals that we do every year.”

That last part sounds brutal. Anyway, we never did believe the cheating rumors. Nick Cannon would be too afraid to cheat on Mariah. We would never see Nick again if he actually cheated on her. She would have his body transported to some island. It’s okay, buddy. We are here for you.