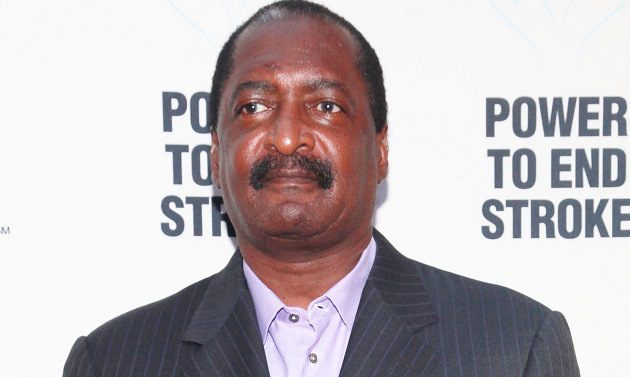 Beyonce’s Dad Might Have Fathered Another Kid, Introducing TaQoya Branscomb.

Looks like Mr. Knowles was managing a lot more than Beyonce’s career in the past.

On May 30th Mathew Knowles was hit with another paternity suit, this time by a woman named TaQoya Branscomb.  Buzzfeed actually dropped this bomb on everyone yesterday – looks like they are trying to be the new TMZ.

If you remember, this is why Mathew Knowles and Beyonce’s mom Tina got divorced.  In 2010 he was hit with a similar lawsuit from actress Alexandra Wright, where it was proven that he was the father of her son and just like that, his 31 year marriage was over.  Tina Knowles is no Hilary Clinton – she was one and done.  Mathew only got one chance; that’s because she probably knew there were more and it appears she was right.

Mathew has since remarried to a formal model, Gena Charmaine Avery.  A wedding that neither Beyonce nor Solange attended. I have to say, that woman is gorgeous! [more…] Branscomb is implying that Knowles hit her up back in 2010, the same year he got divorced, which makes things a little better….I guess.  In her filing she states that the 63 year old is the father of her 4 year old,

Taqoya Branscomb alleges Beyoncé’s 63-year-old father is also the dad of a female child born in 2010 in Harris County, Texas. Branscomb is attempting to make Knowles take a DNA test, and is also requesting child support and money for her attorney’s fees.

Looking at these pics, Branscomb looks like she could have been a Destiny’s child throw-a-way.  I thought the headlines were going to read that he slept with a Tranny!!  A digital camera and some dollar store lingerie and anyone can be a model.

She doesn’t look like his type but back in 2010 things were hectic and after a lonely night or two, anyone can be your type.  At age 59 and after ruining your 31 year marriage, which consequently led to getting fired by arguably one of the biggest musical talents of our time, you would think that you would at least ….USE A DAMN CONDOM!!! THE MONEY HAS DRIED UP

If Taqoya is looking for some cheese, she is out of luck.  Knowles was originally paying Alexandra Wright $12,000 per month ($144k per yer) in child support but that was based on the $3 million he made back in 2011 when he had a front seat on the Beyonce money train.  He claimed that his earnings had dropped substantially to just $127,000 in 2013 and that his monthly expenses were $51,000.  As you can imagine spending nearly half your annual income monthly will lead you down the road to bankruptcy.

Subsequently, knowles net worth has plummeted to $2 million and at the rate he is going he better hope he can change one of these kids he fathered into the next superstar or he will be “managing”  himself living in Jay and Bey’s pool house.

Is this the next big Star?