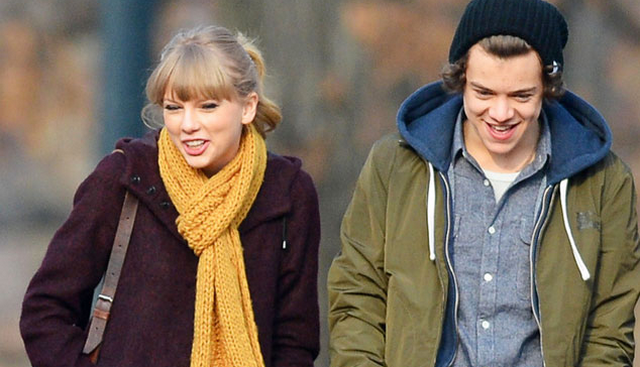 Taylor Swift is back in the spotlight after an extremely personal interview with Rolling Stone. Typically, the 24-year-old singer only discusses her personal life in her songs, but she surprised everyone in this revealing cover story.

Before we get to all the juicy gossip, we should show you her wet cover photo. As you can see, T-Swift is trying her best to look sexy. And when I say try, I am not suggesting she is ugly. She is a very pretty lady, but I just don’t think the sexy look works for her. It’s just like when she tries to dance.

We admire her courage, but we also just want to stop her, give her a big hug and let her know everything will be okay.

As we mentioned, Swift got very personal with the magazine. She revealed a few things we never knew about, which is pretty impressive considering the aggressive stalking taking place every single day by the paparazzi.

The singer revealed she hasn’t been on a date since her breakup with Harry Styles. “People are going to feel sorry for me when you write that. But it’s true.” She told the magazine. “I feel like watching my dating life has become a bit of a national pastime. And I’m just not comfortable providing that kind of entertainment anymore…I just don’t date.” She added.

She also talked about a serious accident she had with (presumably) Harry Styles. In her song, “Out of the Woods” Taylor sings, “Remember when you hit the brakes too soon/Twenty stitches in a hospital room.” She admitted that the line was inspired by a freak snowmobile accident she was in with an ex.

And we know what you’re thinking, “How did TMZ miss that?” Well, Swift told Rolling Stone how she managed to keep the accident out of the news.

“You know what I’ve found works better than an NDA? Looking someone in the eye and saying, ‘Please don’t tell anyone about this.'”

Swift also talked about her feud with another female pop star. The 24-year-old refused to name the star, but most people assume she is talking about Katy Perry.

“For years, I was never sure if we were friends or not. She would come up to me at awards shows and say something and walk away, and I would think, ‘Are we friends, or did she just give me the harshest insult of my life?'”

But then it became quite clear soon after that.

“She basically tried to sabotage an entire arena tour. She tried to hire a bunch of people out from under me. I was like, ‘Oh, we’re just straight-up enemies.'”