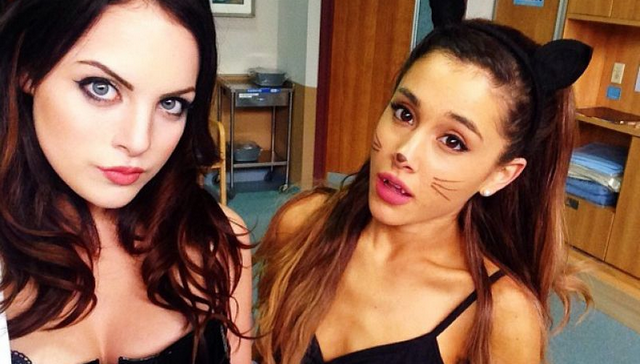 We all have heard at least one Ariana Grande song. Even if you try to avoid them, the 21-year-old singer/actress has somehow managed to take over the radio. We don’t understand it. When she reaches those high notes, panic sets in and the search for whoever is strangling all those poor kittens commences.

However, we never really hate on the girl because she is so freaking cute. She seems so sweet and lovable. But a new report from News Corp Australia claims there is a huge diva trapped inside that tiny body. The report claims Ariana canceled a number of photo shoots and interviews with Australia media.

The singer’s rep provided provided the press with special instructions before interviewing Grande. The instructions included questions they were not allowed to ask the star.

So, basically, they couldn’t ask her anything. Maybe a quick, “How are you doing?” But even that seems risky. The strange behavior doesn’t end there though. According to the report, she also requested to only be photographed on her left side. And then Grande kept the press waiting for 20 minutes while she went to change outfits.

A rep for the singer also returned and demanded that a photographer delete all his photos of Grande. The photographer refused, and that’s when the singer decided to cancel all remaining photo shoots and interviews scheduled for the day.

On Monday, the 21-year-old tried to defend herself during a radio interview in Australia.

“It was just a photographer or something who got mad at me because I left to change my outfit mid photo shoot because I didn’t like my top. I was like, ‘Oh, I’ll be right back!’ and then I came back and he had left. I was like, ‘Oh, sh-t!’ And then he came out and said all these ridiculous untrue things about me. I was like, ‘That’s not real. That’s nonsense!'”