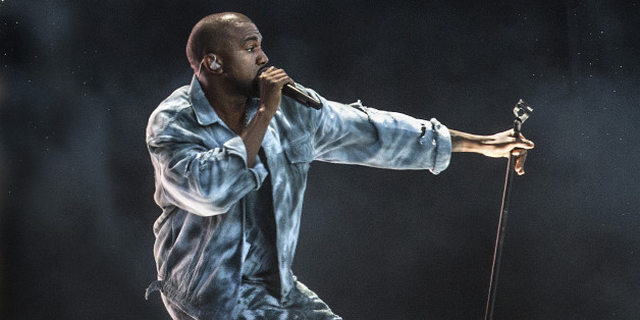 Confirmed: Kanye West Is Not A God, Unable To Make Fan In Wheelchair Stand Up (VIDEO)

It looks like Kanye West is a fraud. The 37-year-old Supreme Being was unable to perform a miracle at his concert in Sydney, Australia, Friday night. Apparently, there is one point during Kanye’s show where he makes the entire audience stand up to worship him. Every audience member must be out of their seat before he performs the song.

Now, Mr. West isn’t a monster. He usually allows people with disabilities to remain seated; however, he made one hilarious mistake down in Australia.

He told the crowd…

“I can’t do this show until everybody stand up. Unless you got a handicap pass and you get special parking and s**t.”

That’s when a fan, with a prosthetic leg, waved her leg in the air to let her God know why she wasn’t standing. Kanye seemed satisfied with her response, so he decided to continue the show. His performance didn’t last long though.

He stopped the show again when he noticed another fan still in his seat. “This is the longest I’ve had to wait to do a song, it’s unbelievable.” He told the crowd. People next to the disabled man tried to inform Kanye that he was in a wheelchair, but he apparently didn’t believe them. West sent out a bodyguard to confirm that the fan was indeed in a wheelchair.

Check out the awkward moment in the video down below…