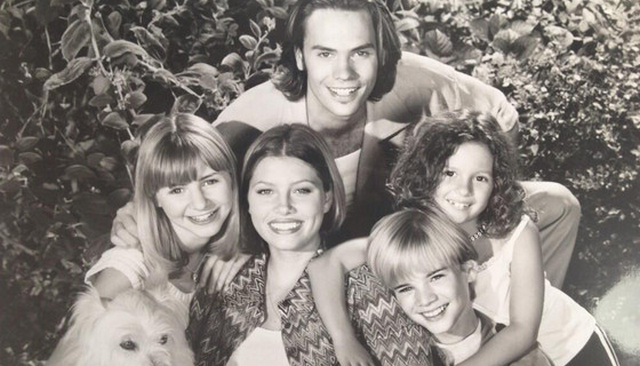 “7th Heaven” Cast Reunites For The First Time In 8 Years, See Which Cast Member Was Missing Inside!

The last episode of 7th Heaven aired back in May of 2007. Can you believe it’s been that long? The extremely popular family show was on the air for 11 magical years. Most of the cast reunited for a special dinner this week, and we have to say, it is nice to see those smiling faces once again.

Did you notice who was missing? Little Ruthie, of course! Mackenzie Rosman did not make the dinner, but Beverley Mitchell did mention how much they missed her.

“Something truly amazing happened last night and my heart is overflowing! Love these peeps more than I can ever explain! We were just missing Mack! Feeling so incredibly blessed to have these incredible people in my life!!! #theresnothinglikefamily #7thheaven #love #blessed”

I have to admit, I am a little surprised Jessica Biel showed up to the dinner party. Usually the most successful cast member is always like, “I am so over that. I did that when I was younger, okay? I have moved on. Do you know that I am married to Justin Timberlake? And I starred in a movie with Kevin James, okay? Get real.”

It’s nice to know she still appreciates being on the show.