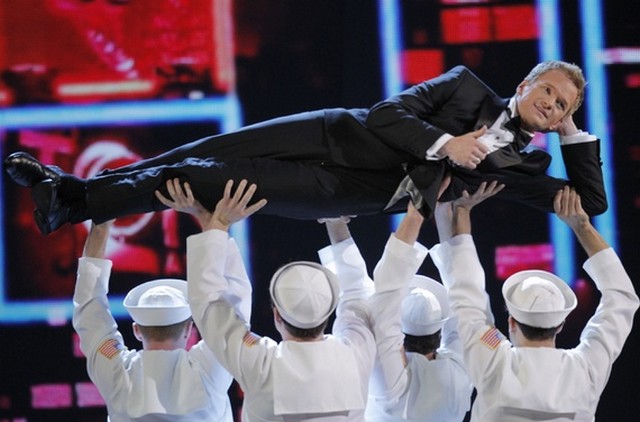 Huge News For The Oscars: Neil Patrick Harris Will Be The Host In 2015! The ‘How I Met Your Mother‘ and most recently ‘Gone Girl‘ star Neil Patrick Harris will host the 87th annual Academy Awards. If you’re like me, you are probably thinking, “Wait, this is news? Hasn’t he been the host before?” He actually has never been the host! He has performed during the Oscars before, but he has never had the pleasure of hosting.

But he does have hosting experience. He has hosted the Tony Awards several times, the Primetime Emmy Awards back in 2009 and 2013, and even the Disney Parks Christmas Day Parade last year.

The Academy released the following statement…

“We are thrilled to have Neil host the Oscars. We have known him his entire adult life, and we have watched him explode as a great performer in feature films, television and stage.  To work with him on the Oscars is the perfect storm, all of his resources and talent coming together on a global stage.”

And Neil Patrick Harris also released his own statement, claiming this is a bucket list item come true.

“It is truly an honor and a thrill to be asked to host this year’s Academy Awards.  I grew up watching the Oscars and was always in such awe of some of the greats who hosted the show. To be asked to follow in the footsteps of Johnny Carson, Billy Crystal, Ellen DeGeneres, and everyone else who had the great fortune of hosting is a bucket list dream come true.”

The 41-year-old star will need to work hard in order to beat Ellen DeGeneres’ performance last year. She nailed the hosting gig, and helped the Oscars land its most-watched show of the past decade. Just over 43 million viewers watched the show last year. We’ll see if Neil Patrick Harris can beat that on Feb. 22, 2015.