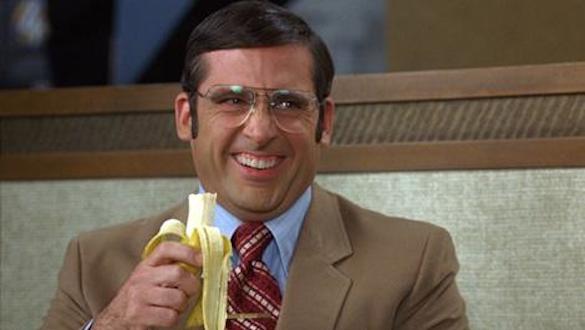 Watch: 10 Of The Most Memorable Celebrity Audition Tapes You ever watch a movie and think, “How many butts did he/she have to kiss to get this role?” Or maybe you thought the opposite. Maybe you wonder how they found such a perfect match. Most of the time your questions will go unanswered. It’s similar to eating a burger at McDonald’s. You only get to see the finished product, you know? You’re not allowed in the back to see how many times that delicious burger has been dropped on the ground.

Well, we have a special treat for you today. We searched YouTube and found some of the most memorable celebrity audition tapes. That’s right, you get to see the stars before they were stars.

Honestly, it’s impossible for me to enjoy this video. It just reminds me how upset I still am about the premature cancellation. It was such a great show, and Seth Rogen played his part beautifully.

No. 9 – Natalie Portman – Leon: The Professional

We all know and love the talented Natalie Portman now, but what about over 20 years ago? The audition you see above was Portman’s first film audition, and even at 11-years-old, she’s already a better actress than Megan Fox. (see below)

I will say that she has clearly improved since this audition. Did anyone catch her performance in the recent Teenage Mutant Ninja Turtles movie? I genuinely believed she cared for those turtles.

This proves that you can have a great audition even when things don’t go as planned. The little error during her audition and her ability to go along with it is probably what landed her the role.

The title ‘Easy A‘ doesn’t stand for “easy audition,” but it certainly fits here. According to the director, Will Gluck, Emma Stone was already on their radar. She did come in for a standard audition; however, it was this footage from her webcam at home that landed her the role. “I took the disc with that scene to the head of the studio and said ‘This is the girl.’ She was by far, always my first choice.” Gluck said.

Do you think Billy Ray cries a little bit when he watches this video? Wipes his tears away with the party side of his mullet?

I don’t even think he was acting in this audition. I think Brick Tamland entered Carell’s body and took over the controls. We just watched a demonic possession.

No. 3 – Rachel McAdams – The Notebook

McAdams claims she was touched by the script, and it certainly shows in her audition. She told reporters that she read the script the night before her audition, “I was surprised that I even got up the next day. I was just wrecked by it.”

I know what you’re thinking, “But wait! Scarlett wasn’t in Jumanji!” You are absolutely right.  This audition was super adorable, but it just wasn’t enough to land her the role. As most of you know, Kirsten Dunst actually got the lead role. So, let this be motivation to everyone out there. Even a huge star like Scarlett Johansson had to suffer through a few rejections. Keep trying and you will eventually get your chance.

Only aliens can watch this audition without crying. And if you leave a comment below saying, “I am human and I didn’t cry!” You are either lying or your parents are lying. Sounds like a family issue to me. I am here for you if you need to talk.