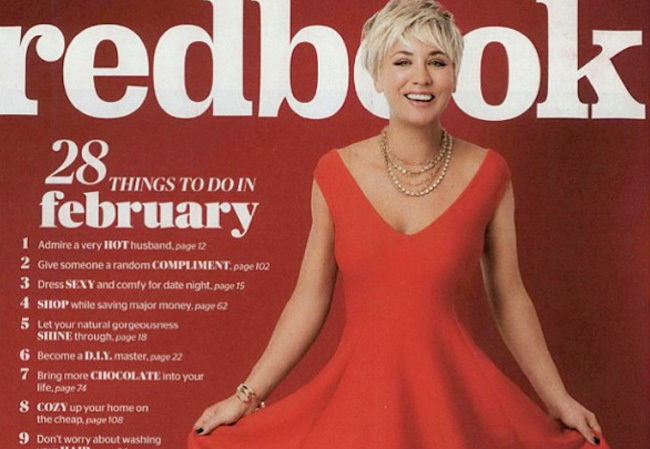 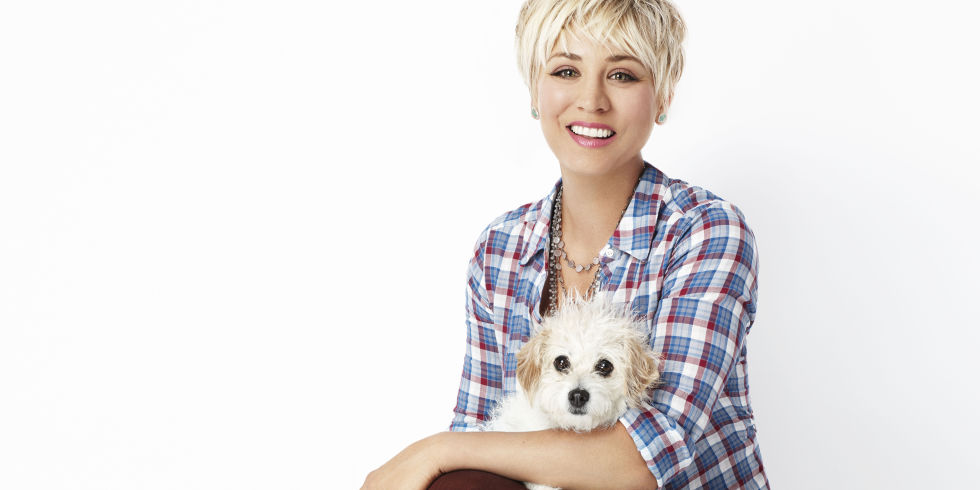 Last week, we reported on Kaley Cuoco’s strange comments about feminism. The controversial comments came during an interview with Redbook Magazine. The 29-year-old star was asked during the interview if she considered herself a feminist, she replied:

“Is it bad if I say no? It’s not really something I think about. Things are different now, and I know a lot of the work that paved the way for women happened before I was around … I was never that feminist girl demanding equality, but maybe that’s because I’ve never really faced inequality.”

She then talked about how she loves to cook for her husband, and loves the idea of of women taking care of their men. Well, now she is apologizing to those people who were offended by her comments. She posted a photo of herself on the magazine to her Instagram, and wrote the caption you see down below…

As you can see, she is using the “taken out of context” excuse. It’s difficult to see how that would apply here, though. She admitted that she doesn’t think about the inequality women still face because she hasn’t experienced it personally. As I explained in the post last week, that is a terrible reason not to think about something.

Can you imagine how crummy the world would be if people only worried about things that have affected them personally? Oh wait, we don’t have to imagine! That is the world we live in!