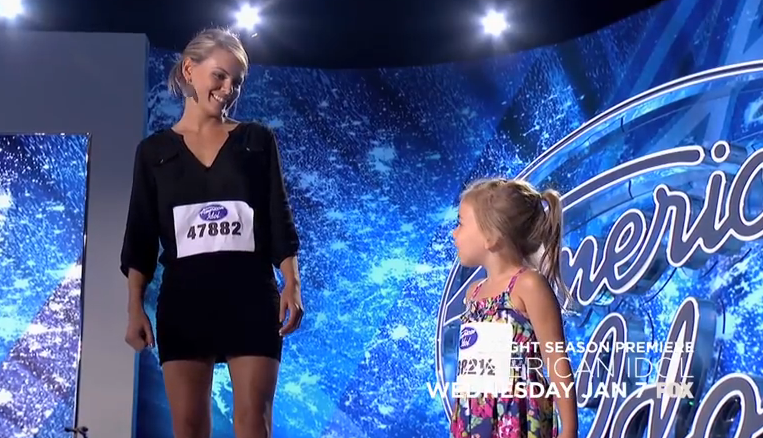 The premiere of the 14th season of American Idol is now just two days away! The first hour of the two-night, three-hour premiere will air on Wednesday, and the show’s YouTube channel has been doing a wonderful job at getting fans excited.

They have been releasing several “sneak peeks,” giving us our first look at some of the auditions we will be seeing later in the week. The sneak peek you see down below is probably the most adorable video you will see today. The little girl in the video is obviously too young to make it on the show, but she still managed to steal the spotlight from her mother.

Even if you hate the song, you can’t deny the adorableness. She totally earned that golden ticket. Of course, not every contestant can display that amount of cute. You still have people like Andrew Annello…