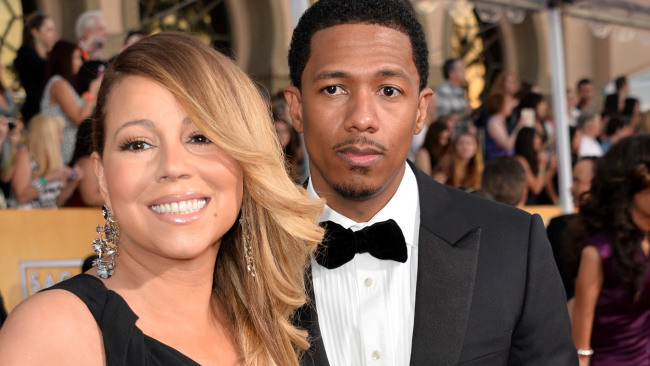 It looks like the strange Mariah Carey/Nick Cannon experiment is officially over. TMZ reported last week that Cannon filed the divorce papers on Dec. 12. This may explain Mariah’s terrible performance at the Rockefeller Center Christmas Tree Lighting. Sources says she missed a pre-taping for the event because she was with her lawyers.

And even though we just learned about their marriage issues back in August of last year, it’s clear they were having problems long before that. In fact, we know they had been living in separate houses a few months before Cannon released that shocking statement in August.

During a recent interview with People magazine, Cannon revealed that he’s going to slow things down.

I’m great. There are a lot of people after me right now. I gotta slow it down. I’m trying to slow it down and stay focused. Family is the first thing and my kids are most important. Obviously the dating thing will come down the line, but right now I’m just slowing down.

As for Mariah Carey? Well, she’s certainly not slowing down. Just last week she announced her first Las Vegas residency at Caesars Palace. She told Ellen DeGeneres the following…

I’m going to do my first ever residency in Vegas at Caesars. This is a special event for me. And again, I have to hope that the fans will enjoy this cause I’m gonna be performing, which was kind of inspired by my album Number 1’s, and this is now the updated version with 18 of them. Hopefully other people will enjoy this. I’ve never done this before.

Good for her. Hopefully this gets her back on track after her recent string of shaky performances.