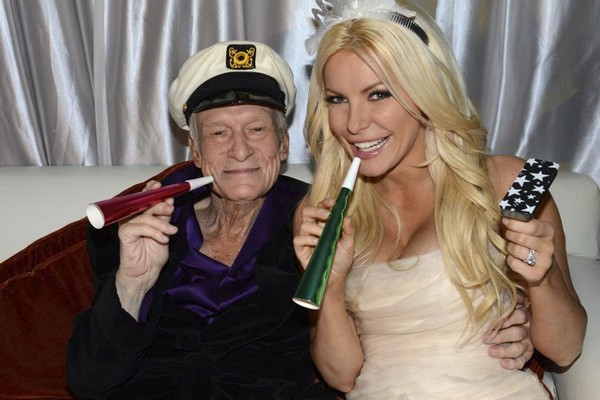 10 Celebrities Who Are Allegedly Terrible Lovers In Bed Some people treat celebrities like they are real-life superheroes. We imagine that every aspect of their life must be amazing, and we certainly can’t fault anyone for thinking that; however, it’s definitely not how this whole life thing works. Celebrities have weaknesses just like we do, and sometimes those weaknesses can be found inside the bedroom.

The 10 celebrities down below are rumored to be bad in bed. Did your celeb crush make the list? Remember when people actually cared about Jessica Simpson and Nick Lachey? When millions of people watched their show on MTV? Ah, those were the good ol’ days. But then they filed for divorce back in 2005 and ruined everything. After their divorce was finalized, Simpson called her ex-husband out on his small penis. In an interview with Times (?) magazine, Jessica said, “Nick Lachey didn’t pack too well if you know what I mean, but I got over it.”

And if that wasn’t clear enough for you. If you’re thinking, “Well, maybe she just hated doing laundry while on vacation.” Think again, because she was also quoted saying this…

“Nick’s small package was a problem sometimes. Like the first time we had sex, to tell you the truth, I didn’t really feel much. I faked the whole thing, I really felt sorry for him. I still loved him, though.”

Although, that quote doesn’t seem to have a legitimate source. It also doesn’t sound like something she would say. According to his ex-girlfriend Kristin Cavallari, Brody Jenner was extremely vanilla in bed. There were no sprinkles inside his ice cream cone, no swirls of salted caramel or delicious nuggets of dark chocolate. “We just…didn’t really do anything out of the box.” The reality star explained to E! Online.

Of course, Jenner doesn’t agree with her assessment, “I laugh at that,” he told reporters. We assume he also immediately looked down at his penis and said, “No…not you this time.” Whaaat?! Colin Farrell can’t make the ladies scream in bed? Apparently not. According to a former lover of his, Angelique Jerome, the 38-year-old actor only has “half a baguette in his lunchbox.” We are not sure who ate the other half, but Jerome also said that he sounded like James Blunt while having sex because he kept whispering, “You are beautiful.“

In total, the woman claims they had sex three times and the actual sex only lasted 10 minutes in total. Nick Carter called Paris Hilton out after their break-up several years ago. He claimed that she was a “drunken prude” who didn’t even enjoy having sex.

“She relied on drugs and drink to give her confidence in the bedroom and was more often than not too wasted to even perform.” He claimed.

However, she looked like she was having fun in that sex tape of hers, at least that is what I heard from those sick people who actually watched the tape. Shame on you. “Well, of course he’s bad in bed! He’s been dead for over 30 years!” Yeah, yeah, yeah…we know! But according to a former friend of his, the King wasn’t impressing the ladies in bed when he was alive. Byron Raphael’s job was to find beautiful ladies for Elvis to have sex with, and he claims the ladies always left disappointed. Believe it or not, Judd Apatow actually admitted to being bad in bed. He talked about his first time, saying, “I said to the girl after my first time, ‘Hey, was it good for you, too?’ And she said, ‘Well, I guess it’ll get better eventually.'” Ouch. We are not sure if it ever did get better for him, but he is married to the beautiful and talented Leslie Mann. They have been married since 1997 and have two children together. He has obviously developed some moves in the bedroom. According to multiple reports, 50 Cent’s skills in the bedroom aren’t much better than his skills on the baseball field. An exotic dancer claims the rapper should trade in his corny lines for a few more inches.

“He was saying corny lines like ‘You know I really like you’ … After a couple of minutes of that, I had to tell him—are we going to get it popping or are we going to talk. I couldn’t believe it—here was 50, supposed to be all tough, acting like a 14 year old boy … 50 is definitely not packing. He’s barely 6 inches … I was thinking, what does he expect to do with that little thing?”

For you guys out there panicking, thinking, “Oh, sh-t! I am only six inches!” Don’t you worry. The average length is just over five inches, so you are actually a little above average. Okay, we don’t actually know if Maria is bad in bed or not. The reason we included her in this list is actually to clear her name. Back in 2007, several sites jumped on a story reported by the Moscow newspaper The Exile. The report included this quote by Adam Levine…

“She wouldn’t make any noise during sex. I can’t even tell you how disappointed I was. I really thought, like a lot of guys, that she’d be the loud screaming type.”

Mr. Levine never said that, though. The article was a satire piece, and for some reason the joke didn’t translate to the gossip magazines in America. When Crystal Harris first agreed to marry Hugh Hefner, she was just 24-years-old. We are not sure why she believed having sex with an 85-year-old man would be an enjoyable experience, but she decided to complain about it to Howard Stern. Back in 2011, when they split for a short period of time, Harris told Howard Stern that Hefner only lasted two seconds.

“We both studied psychology in school. He’s very intriguing, I’ll ask him a million questions. I’ll ask him everything and we’ll watch all of his documentaries and he loves revisiting all of that stuff.” That ‘two’ he is holding up could be a hint. His ex-wife Kim Mathers claims the rapper needs blue pills to make things work down in his happy zone.

“He’s not very well endowed. If you’re going to have sex with Marshall, make sure you have a little blue pill, because otherwise it does not work.”

We’ll just leave it at that. We don’t want Eminem to punch us in the face or set our house on fire.