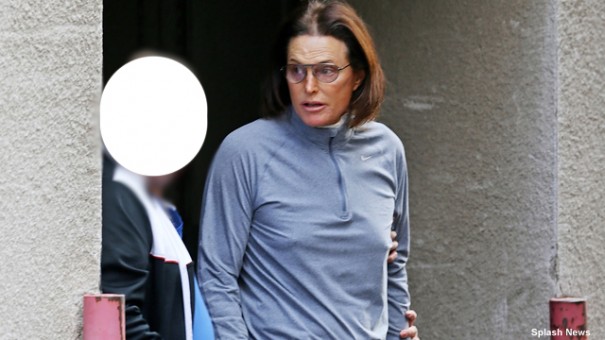 Just when we thought Bruce was in the clear and free to be the woman he’s always wanted to be…BAM!

A note of caution – if you are thinking about doing anything wrong, anywhere on planet earth, there will probably be a video made of it and it will most likely be on the internet.  This is exactly what Bruce Jenner is finding out.  There are reports that an MTA bus that was following the Hummer recorded the entire incident.  It shows that Bruce was indeed the one that struck not only the Lexus killing the woman but also the Prius afterward.

Although authorities have the video in their possession, they are not releasing it to the public.  However, someone who has seen the footage tells TMZ that it is clear that the Lexus never made contact with the Prius.

Based on the description, an animated depiction of the accident was put together to help visualize what is suspected to be on the video.  The main focus and the point being emphasized in the video is that Bruce hardly hit the brakes during the accident which explains how he hit both cars.  This would also indicate that Bruce was following too closely and for that reason could be looking at vehicular manslaughter charges.

WILL HE REALLY DO JAIL TIME?

Good question.  Bruce is no dummy.  He has retained the law services of Blair Berk who is a top criminal defense attorney that has represented a countless number of celebrities.  Truth of the matter is this, if it was proven that Bruce was not texting and did not have any drugs or alcohol in his system, then it is very rare that he would get charged with manslaughter for just following too closely.  It is even more rare that he will spend time in jail.  The worst case is a ticket and a very guilty conscience…and maybe a civil suit.

Here is the video.  To me it looks like Bruce [email protected]#ked up.